In short, Mercedes McCambridge was a badass. A total badass.

When Orson Welles calls you “the world’s greatest living radio actress,” you could basically hang it up at that point. But why do that when you could go on to win a Best Supporting Actress Academy Award for the classic “All the King’s Men” in addition to a nomination for the same category for her performance in the legendary “Giant.”

But honestly, none of those items are what modern audiences know her best for.

McCambridge gives the bone-chilling, absolutely unforgettable performance behind the performance in The Exorcist. She is the embodiment of Pazuzu, the demon that takes hold of Linda Blair’s possessed Regan McNeil.

There’s so often so much talk about method actors who give themselves over to a performance and yet we never hear about what went into McCambridge’s landmark performance. Watch this short piece on how incredible it really was ::

The end of that clip makes me laugh every time. “Finish your popcorn.” I love it. I’m telling you… Badass.

Watch this clip of the natural sound from the scene before McCambridge’s work was edited in. It’s a wonderful example of just how much she brings to not only the film, but also the lexicon of what we think of as “possession” ::

That is NOT to take anything away from what Blair brought to the role. That is nothing short of amazing in itself. Though there is an undeniable creepiness to the natural sound, it is the fusing of the two storied performances that creates the stuff of legend.

Here’s another excerpted clip showing her truly frightening skills. Very much worth a watch. It gives me chills ::

Here’s to you, Mercedes, you badass, you! We miss you.

After some thought, I realize that the only way to follow up the masterful Cormac McCarthy is with two more American masters. This picture makes me smile.

I will give you my take on Cormac McCarthy’s blood-soaked epic “Blood Meridian, or the Evening Redness in the West,” BUT, to be honest, everything I say will pale in significance to the sheer muscularity, the crimson sinew of this masterpiece. It comes to life like a dreamlike Gehenna that is equal parts Updike, Jodorowsky, Faulkner, Pynchon and Peckinpah with a soft kiss of Hesse. It’s rather like a crazed dark composition akin to something like Bach’s Toccata and Fugue in D Minor composed by a demonic and unhinged anti-Copland. It is a true treasure of the American literary cannon and among the absolute best books of our time. In fact, Time magazine included the novel in its TIME 100 Best English-language Novels from 1923 to 2005 list.

But… Why here? Why review this book on a blog dedicated to the horrific? Because it is just that, majestically horrific, brutally violent and bluntly chilling to the marrow.

But again, anything I write here will pale when set alongside the strength of “Blood Meridian.” I feel it best to share four haunting passages from the book to allow you to experience in small part its dark grandeur for yourselves and say nothing further.

Check these quotes out… Truly… Stunning…

“A legion of horribles, hundreds in number, half naked or clad in costumes attic or biblical or wardrobed out of a fevered dream with the skins of animals and silk finery and pieces of uniform still tracked with the blood of prior owners, coats of slain dragoons, frogged and braided cavalry jackets, one in a stovepipe hat and one with an umbrella and one in white stockings and a bloodstained wedding veil and some in headgear or cranefeathers or rawhide helmets that bore the horns of bull or buffalo and one in a pigeontailed coat worn backwards and otherwise naked and one in the armor of a Spanish conquistador, the breastplate and pauldrons deeply dented with old blows of mace or sabre done in another country by men whose very bones were dust and many with their braids spliced up with the hair of other beasts until they trailed upon the ground and their horses’ ears and tails worked with bits of brightly colored cloth and one whose horse’s whole head was painted crimson red and all the horsemen’s faces gaudy and grotesque with daubings like a company of mounted clowns, death hilarious, all howling in a barbarous tongue and riding down upon them like a horde from a hell more horrible yet than the brimstone land of Christian reckoning, screeching and yammering and clothed in smoke like those vaporous beings in regions beyond right knowing where the eye wanders and the lip jerks and drools.”

“They rode on and the sun in the east flushed pale streaks of light and then a deeper run of color like blood seeping up in sudden reaches flaring planewise and where the earth drained up into the sky at the edge of creation the top of the sun rose out of nothing like the head of a great red phallus until it cleared the unseen rim and sat squat and pulsing and malevolent behind them. The shadows of the smallest stones lay like pencil lines across the sand and the shapes of the men and their mounts advanced elongate before them like strands of the night from which they’d ridden, like tentacles to the darkness yet to come.”

“Spectre horsemen, pale with dust, anonymous in the crenellated heat. Above all else they appeared wholly at venture, primal, provisional, devoid of order. Like beings provoked out of the absolute rock and set nameless and at no remove from their own loomings to wander ravenous and doomed and mute as gorgons shambling the brutal wastes of Gondwanaland in a time before nomenclature was and each was all.”

“All night sheetlightning quaked sourceless to the west beyond the midnight thunderheads, making a bluish day of the distant desert, the mountains on the sudden skyline stark and black and livid like a land of some other order out there whose true geology was not stone but fear.”

In all, an enduring, violent vision of the American West, charred, blood-stained, caked with mud and choked with dust… All staggeringly, beautifully realized. 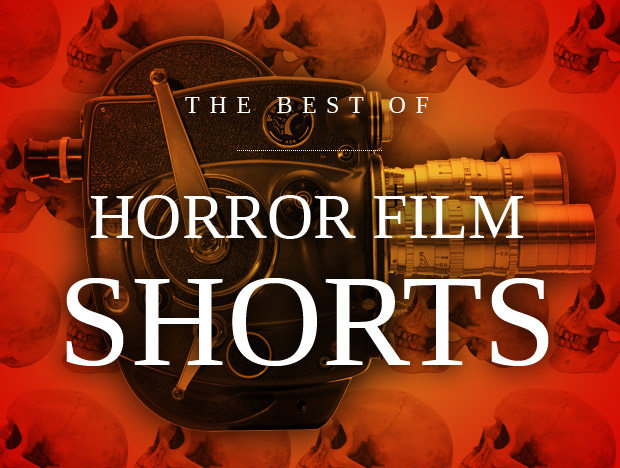 This week, we’re bringing you the winner of the “Best Director” title in the Who’s There? Film Challenge. I will be bringing many of these winners your way over the coming weeks. There is some reallllllly interesting stuff here. TOTAL hats off to the folks that build these shorts. It’s no mean feat to complete one of these projects, let alone to bring the real magic of telling a compelling story in 3 minutes. Props to all!

We’re headed to Gothenburg, Sweden for this installment; a devilishly fun little film called “Lights Out.” Animator and filmmaker David Sandberg does an incredible job of involving the viewer immediately in the story with minimal elements and an very-simple-but-very-effective premise. This is wonderfully age-transcendent, too — Genuine chills, but doesn’t need shock and gore to achieve them. Big fun.

Special THANKS to John Seitz for mentioning this one! Big ups, brother.

OK… Soooo… The month since I last posted saying I was back has been hellish.

As I mentioned, I was overwhelmed with the new job and some travel. Unfortunately, my wife then fell gravely ill and we came very, very close to losing her. BUT… She’s back and better than ever now. We have a really solid plan of attack for next steps on her full recovery. We’re all very grateful. I write this through tears of happiness.

Forgive the aside, but my silence in these channels has been wearing on me and I wanted to at least offer a glimpse at why things have been so quiet as well as a renewed commitment to NEW CONTENT! Long story short, I’m here again and eager to get things moving.

THANKS and we return you to your regularly scheduled blog.