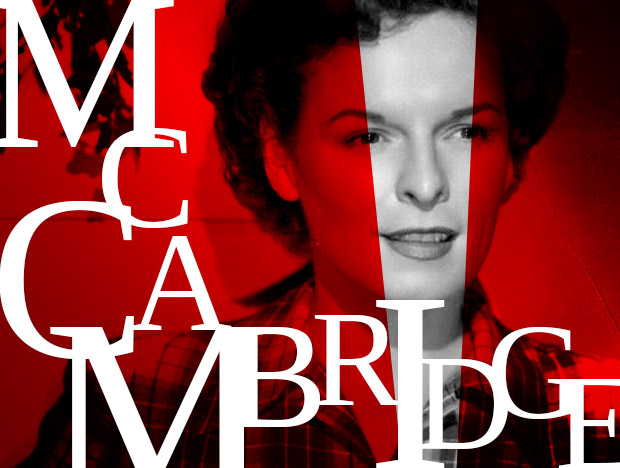 In short, Mercedes McCambridge was a badass. A total badass.

When Orson Welles calls you “the world’s greatest living radio actress,” you could basically hang it up at that point. But why do that when you could go on to win a Best Supporting Actress Academy Award for the classic “All the King’s Men” in addition to a nomination for the same category for her performance in the legendary “Giant.”

But honestly, none of those items are what modern audiences know her best for.

McCambridge gives the bone-chilling, absolutely unforgettable performance behind the performance in The Exorcist. She is the embodiment of Pazuzu, the demon that takes hold of Linda Blair’s possessed Regan McNeil.

There’s so often so much talk about method actors who give themselves over to a performance and yet we never hear about what went into McCambridge’s landmark performance. Watch this short piece on how incredible it really was ::

The end of that clip makes me laugh every time. “Finish your popcorn.” I love it. I’m telling you… Badass.

Watch this clip of the natural sound from the scene before McCambridge’s work was edited in. It’s a wonderful example of just how much she brings to not only the film, but also the lexicon of what we think of as “possession” ::

That is NOT to take anything away from what Blair brought to the role. That is nothing short of amazing in itself. Though there is an undeniable creepiness to the natural sound, it is the fusing of the two storied performances that creates the stuff of legend.

Here’s another excerpted clip showing her truly frightening skills. Very much worth a watch. It gives me chills ::

Here’s to you, Mercedes, you badass, you! We miss you.

3 thoughts on “FILM :: THE PERFORMANCE THAT LAUNCHED A THOUSAND NIGHTMARES”