Emily Dickinson is a master of the dark. Yeah, you heard me… Emily Dickinson. Simply put, her fascination with and expression of death’s gothic embrace places her soundly in the great cannon of horror. I know some may recoil at this characterization, but I absolutely LOVE her work and think it very fitting to pay homage to her here.

Only a select few have given us the sinew and bone of language that Dickinson shows in her poetry and I feel strongly that we see that muscularity at its finest when it explores death and its release thematically in her work. The poems move, challenge and inspire even after repeated readings. The images, so often dark and ringed with the steely edge of fatality and finality, dance and play with unmatched touch.

Look at this incredible example ::

That after Horror—that ’twas us—

That after Horror—that ’twas us—
That passed the mouldering Pier—
Just as the Granite Crumb let go—
Our Savior, by a Hair—

A second more, had dropped too deep
For Fisherman to plumb—
The very profile of the Thought
Puts Recollection numb—

Good GOD, the language. The dark beauty. The “metallic grin” of Death, drilling his welcome in from the last stanza is nothing short of stunning. In many ways, she manages to presage in just a few words the biomechanical horrors of HR Giger’s brilliant oeuvre in image, but imbues it with a devilishly welcoming presence. AND, she did it in the mid-nineteenth-century. 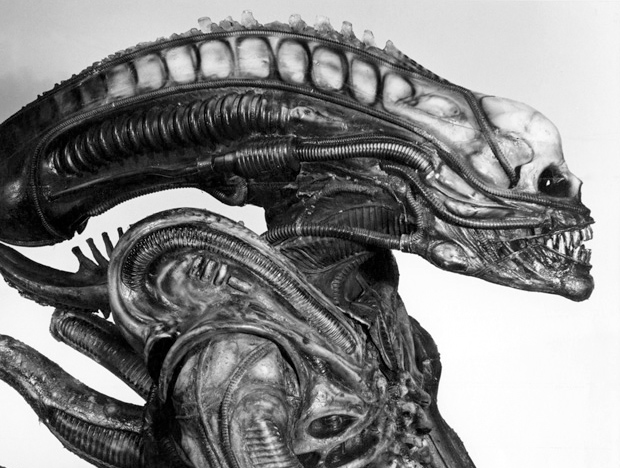 Because I could not stop for Death–

Because I could not stop for Death–
He kindly stopped for me–
The Carriage held but just Ourselves–
And Immortality.

We slowly drove–He knew no haste
And I had put away
My labor and my leisure too,
For His Civility–

Or rather–He passed us–
The Dews drew quivering and chill–
For only Gossamer, my Gown–
My Tippet–only Tulle–

Again, amazing. I almost feel that to say too much is to take away from the work itself.

And from the “Totally Epic Things That Will Never Happen” file, I fantasize about an album where total metal masters Baroness take Dickinson’s work and interpret it through song. Holy crap, talk about too much awesome. Hey, a boy can have his fantasies, right? Listen to these and imagine her work interpreted in this way ::

Boys, if you’re listening out there, help a brother out and consider at least one track like this. (PS — I saw your show at The Firebird here in St. Louis and I’m still riding on a musical high from it. Keep it up!)

I think the obituary that Susan Dickinson wrote about her friend summed Emily’s talent best :: “A Damascus blade gleaming and glancing in the sun was her wit. Her swift poetic rapture was like the long glistening note of a bird one hears in the June woods at high noon, but can never see..”

Emily, thank you for the rich, dark heritage you have left us.