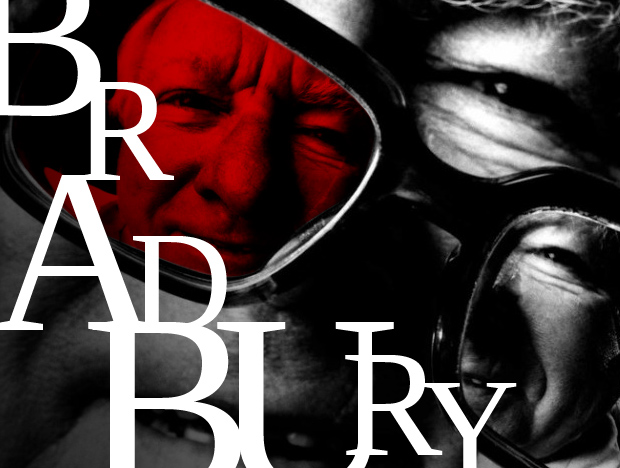 In 2012, we lost one of the greats, the ever-imaginative Ray Bradbury.

Bradbury’s stories range from the truly heartwarming to the hauntingly horrific and it is this intersection that makes his work as emotionally resonant as it is imaginative or terrifying to us. I’m, of course, focused on the author’s horror work on this blog and what a body of work it was. From “Something Wicked This Way Comes” to “Autumn’s People” to “Zero Hour” to “Small Assassin” and SO MANY others, he gave us some of the most enduring and heart-pounding images of youth.

His control of language was wonderful, sometimes even giving greats like Updike a run for their money. Look at these passages from two Bradbury short stories…

It came on great oiled, resilient, striding legs. It towered thirty feet above half of the trees, a great evil god, folding its delicate watchmaker’s claws close to its oily reptilian chest. Each lower leg was a piston, a thousand pounds of white bone, sunk in thick ropes of muscle, sheathed over in a gleam of pebbled skin like the mail of a terrible warrior.

How tall they stood to the sun. In the last few months it seemed the sun had passed a hand above their heads, beckoned, and they were warm metal drawn melting upward; they were golden taffy pulled by an immense gravity to the sky, thirteen, fourteen years old, looking down upon Willie, smiling, but already beginning to neglect him.

An early summer camp experience I had was my formal introduction to Mr. Bradbury’s work when a camp counselor would read a story each night to the dimly lit cabin from Ray’s shorter pieces after “lights out.” Perhaps the greatest compliment that can be paid to those short stories was that they held a VERY squirrely group of pre-pubescent boys TOTALLY rapt in the quiet darkness of those warm summer nights. We would actually beg for the stories each night.

One of the stories that we heard was the Bradbury masterwork of tension, “The Ravine.” The story was also featured on the first episode of a brilliantly produced radio series featuring Bradbury’s work called “Bradbury 13.” YouTube user “The Edge of Nightfall” has posted episodes from the series. I will be sharing some of the horror pieces here in tribute to the master’s work.

Soooo, without further claptrap from me, “The Ravine” …