This is the seventh installment in a continuing series calling out songs that should be in every horror fan’s running (or exercise) playlist. For this installment, it’s about those songs that were written for classic horror soundtracks. Not songs that were INCLUDED in horror films, but rather those CREATED for those films. We can’t fit all of this in just one installment, so I will be posting these as a series. We’re starting this week with some real rockers… 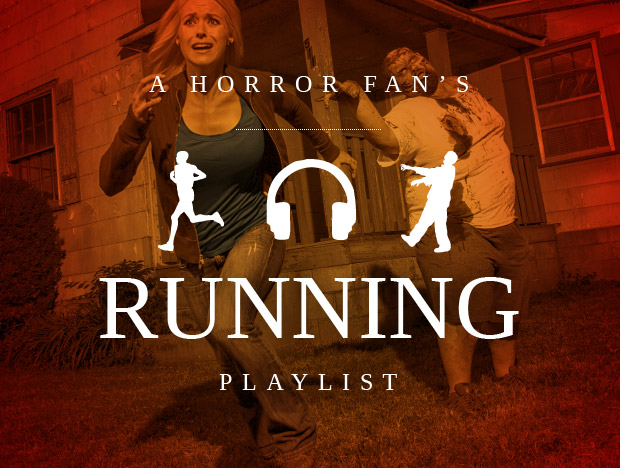 AC/DC created this foot stomper for the Stephen King 80s popcorn horror thriller Maximum Overdrive. The film, the writer’s directorial debut, was a hot mess. Even Mr. King has self-disclosed that he was “coked out of his mind” during the making of the film. The tunes here, however, are awesome. In many ways, this brought AC/DC back into the spotlight and with good reason — this song still drives my fist into the sky and gets my feet moving in a big way.

How can you not like The Ramones? I know their approach is seems simplistic at first, but it’s deceptive. There is a power in that simplicity… A blunt elegance with a wry smile. AND, how can you not LOVE the Ramones for the weird Stephen King (Yep. We’re going to Mr. King again on this one) creepfest “Pet Sematary?” If you need some running motivation, imagine yourself being chased by the unforgettable Zelda from the film…

…Not that she could move very fast, but hey. Imagine if she could. Scary!

“Shocker” — The Dudes of Wrath

Though Wes Craven was clearly retreading some familiar ground with this film (Wes… “Nightmare on Elm Street” called, it wants its premise back), the title song definitely had a rock “supergroup” behind it and is a fun memory to get you going. Check out this lineup… KISS frontman Paul Stanley and producer Desmond Child co-leading vocals with backing vocals by Van Halen bassist Michael Anthony & Kane Roberts, Def Leppard’s Vivian Campbell on guitars, Whitesnake’s Rudy Sarzo on bass with Mötley Crüe’s Tommy Lee on drums. A fun horror anthem to get you going!

Here’s all of the other parts in this series — CHECK IT OUT.