As I mentioned in my previous post, I worked my high school (and a few college) summers in the bright sun and the heady atmosphere of an amusement park.

I remember it all… The roar of the carousel’s organ in the air, the metallic grind from the sea of gears hurtling laughing park-goers to and fro, the bark and sigh of the games on the midway, the smoky spice of Italian sausage on searing grills, the cloying sweetness of magenta clouds of cotton candy, the smoke of graphite powder covering my shoes and socks after a night running rides like “The Teacups,” the sunny smiles of beautiful girls in shorts and t-shirts with their sleeves rolled up in some attempt to brown their bare, white shoulders in the precious few months of sunshine that upstate New York has to offer. 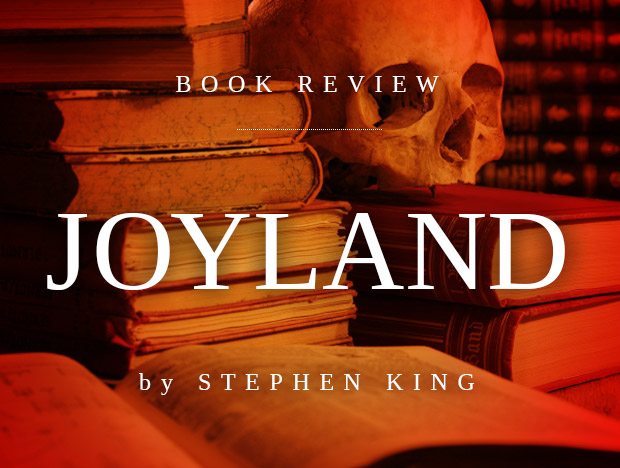 Situated at the spot where Irondequoit Bay opens into Lake Ontario, Seabreeze Amusement Park is a true American icon amongst amusement parks. The park opened in 1879, making it the 12th-oldest operating amusement park in the world and it’s still going strong. Despite a ton of updates over the years, the “Jack Rabbit” roller coaster is still the crown jewel of the park’s offerings. “The Rabbit,” as all of my former co-workers in Rides called it, opened in 1920 and it’s the 4th-largest coaster still operating world wide. In all, it’s a park steeped in a rich history and I’m thrilled to have Polaroid memories of those “Seabreeze Summers.”

That’s undoubtedly one reason why I just loved Stephen King’s “Joyland,” a DIRECT connection to the book through my own life experience. But it’s certainly not the only reason. There’s a ton to love about this college-kid-coming-of-age-story set amongst the summer carny life of a reportedly haunted amusement park.

Here’s what the publisher’s description has to say about the story ::

“Set in a small-town North Carolina amusement park in 1973, Joyland tells the story of the summer in which college student Devin Jones comes to work as a carny and confronts the legacy of a vicious murder, the fate of a dying child, and the ways both will change his life forever.”

This hints at the key aspects of the story like any good tease should, but only barely hints at the resonance here and I think that emotional resonance is the core strength of this book.

King has styled this as a “hard case paperback,” hearkening to the back-pocket love of those great grab-and-go stories of childhood. He succeeds in creating something that turns pages like those old school paperbacks did. It’s fun and titillating in all of the right ways with just the right touch of a ghost story. The novel goes by like a summer afternoon and it seems ringed in a golden haze when you think of it afterwards.

But that doesn’t get to the emotional core of the book any more than the publisher’s description does.

Then there is the rich, storied language that King uses throughout the book, a hard-boiled patois of carny life, part real, part invented. Even to a former real-life-college-kid-turned-summer-carny… An insider… It feels tactile and real and adds a strong sense of place and tradition to the story. Big kudos to King for this aspect of the book. We feel immersed and are the better for it. I could almost hear echoes of the circus folk of Tod Browning’s 1932 classic film, “Freaks”… “We accept her, one of us! ONE OF US!”

BUT… That still doesn’t speak to the emotional appeal of “Joyland.”

That emotional appeal lies in the wonderful sense of longing that King brings to his main character, Devon Jones. We see a “good kid” at that deliciously heart-wrenching crossroads between adolescence and adulthood in Devon. He is, in turns, naive and wise, angst-ridden and jubilant… Mature enough to be focused and sometimes even emotionally self-possessed but boyish enough to be hopelessly heartbroken in love and still unable to even control his erections. King gives us tableaus throughout the book that show us this without telling us. I have been in the places this book takes us to before, both in my heart and in my experience, and it was wonderful to visit them again.

In all, Joyland gives us a beautifully textured portrait for a “pulpy paperback” and Devon’s experience, his physical and emotional journey, is a true wistful joy. For anyone that has felt that longing, the pull of standing at that crossroads of youth and adulthood, it’s a story that totally disarms and delights with bittersweet touch. Oh, and don’t forget that there’s a ghost story here, too.

SO… Here’s to your “Seabreeze Summer” wherever it may take you!